For me, it began with the plants. By which I mean that it was the plants who first helped me to see that the world is alive with medicine. It started slowly, with noticing how blackberry blossoms can dust a hillside like snow. With seeing the dandelions sprout between the pavement, the plantain flourish in the driveway. With hearing the way two maples will rustle together in full leaf, like grandmothers in conversation. A sound that wasn’t just a sound, but a whispered realization of the aliveness happening all around me. The Anishinaabe people have a whole word, just for this kind of conversation. “Si-si-gaw-d,” the sound trees make when they talk amongst one another.*

It began with the plants. They were the ones that first taught me to recognize this world for what it is— a living tapestry of consciousness and connection. But once I opened to this reality I was able to remember what all our ancestors knew intimately. That this entire world is animated by energy. That there is no “it,” no “things”— only beings. And that every being has its own medicine.

And so it was that I opened to our earth’s most ancient medicine— The Stones. 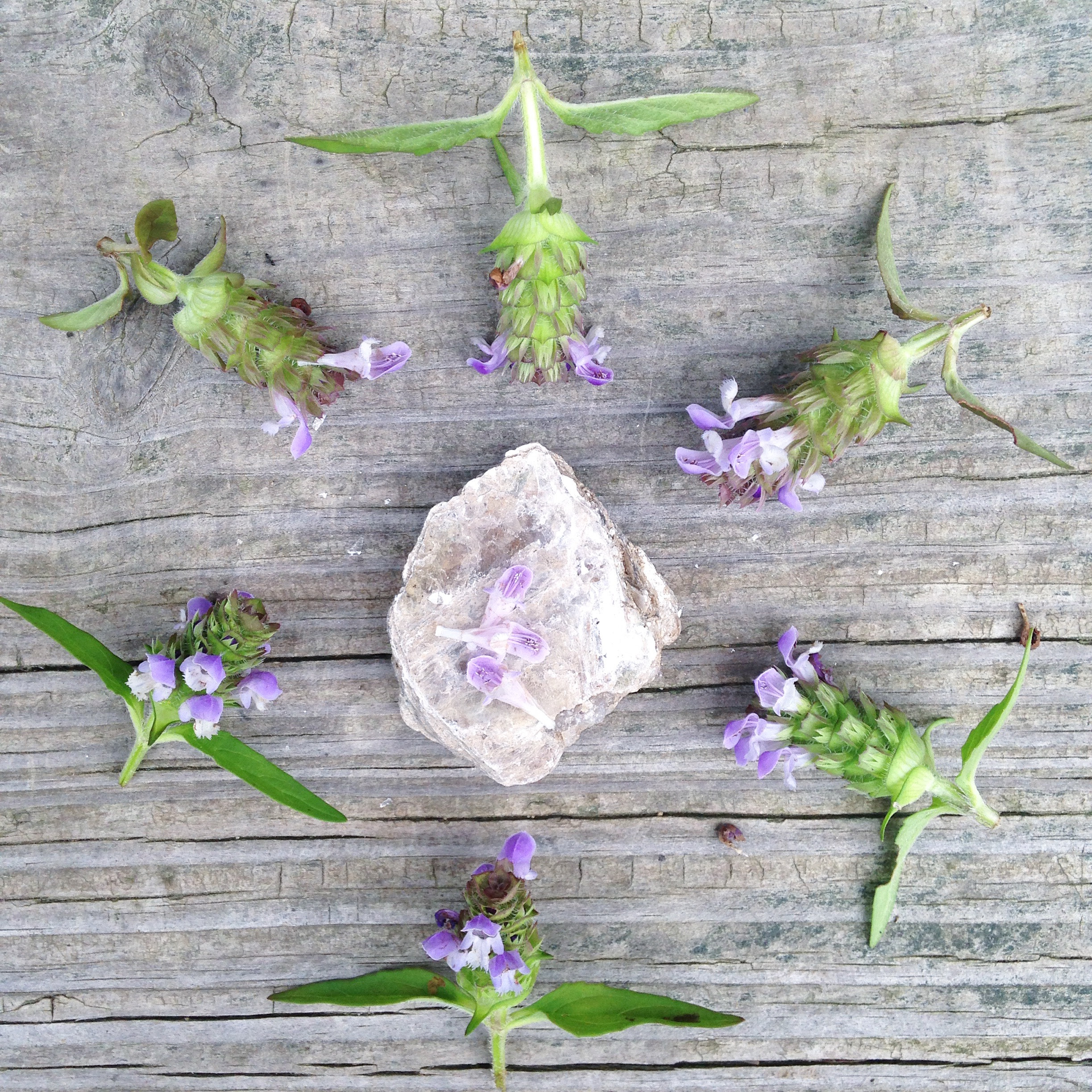 Stones have been considered emissaries of healing, power, and creativity for millennia. From the Egyptians to the Celts, the Central American empires to indigenous societies throughout Australia and North America — stones are foundational to a diversity of medicinal practices and spiritual beliefs. Stones and crystals are mentioned in many ancient religious texts, including the Bible, the Hindu Vedas and the Koran. The oldest written reference to stone medicine comes from a hieroglyphic papyrus dated in 2000 B.C — but the recognition of stones as medicine can be traced much farther back in human imagination. Stones are an intimate part of humanity’s relationship with the more-than-human world. They are gatekeepers for our interaction with divinity, and with mystery. Stones are part of the fabric of human history. Like the blue stones of England’s Stonehenge, transported over 150 miles to their final resting place, or the quartz crystals found in burials throughout the world, including a California grave dating from as far back as 6,000 BC.

In Chinese medicine, stones have been a part of medicinal prescriptions for thousands of years. In fact, they were used as the original acupuncture needles and are still an integral part of Chinese materia medica today. We hear the term “crystal healing” and we have a tendency to write it off as new age. But stone healing isn’t new at all (unless you count the crystal technology that fuels all our cell phones and computers). Calling upon stones for healing is as ancient as humanity itself. Whether we were marking our handprints with ocher on cave walls, or burying our dead with serpentine. For millennia human beings have recognized stones as medicine

It isn’t that stone healing is new. It’s just that we’ve forgotten. 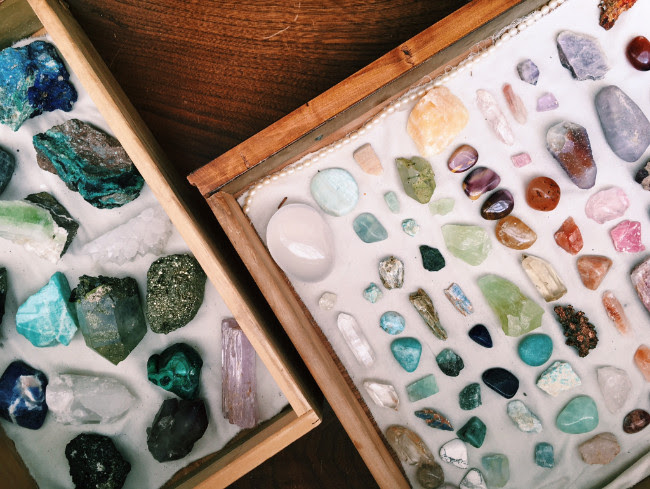 Learning to engage with stones as medicine is a way of expanding our consciousness beyond the bounds of what we’ve been handed, opening our hearts to perceive a deeper, more complex reality.

How many of us grew up thinking of rocks as the very definition of an inanimate object? When we can see stones as alive — elements of our world that have been most rigorously denied their behinghood — we can truly transform our perspective of life. We can begin to engage with a reality of the world that is much more life giving, life recognizing. If stones are alive, then absolutely everything on earth is venerable, powerful, and worth honoring.

If stones are alive, how could we deny beinghood to any other life form? If stones are alive, how could we condone strip mining a mountain or building a wall between us and our neighbors? When stones come alive, all the divisions that have created so much strife in our world begin to dissolve. When stones come alive, a true revolution in thinking can take place.

Let’s start the revolution. Check out the video below to hear about the history of “Woo” and why embracing stone medicine is an integral part of the healing on this earth.

Over the past several months I’ve developed a class to help open the gateway to this kind of transformational thinking and medicine making.

How Stones Communicate is a course about beginning to work with stones, and opening up to a more luminous world. Grounded, de-mystified, practical, and story-rich, this class will help you open a dialogue with the stones. To hear the si-si-gwa-d of the stone realm, and find a new language for understanding the medicine inherent to this world.

The class is yours to keep forever and is available to you whenever you are ready. When you claim what brings you alive, you remember

It’s been a hard year for us humans. In the mids

During the seeming urgency of transformational tim